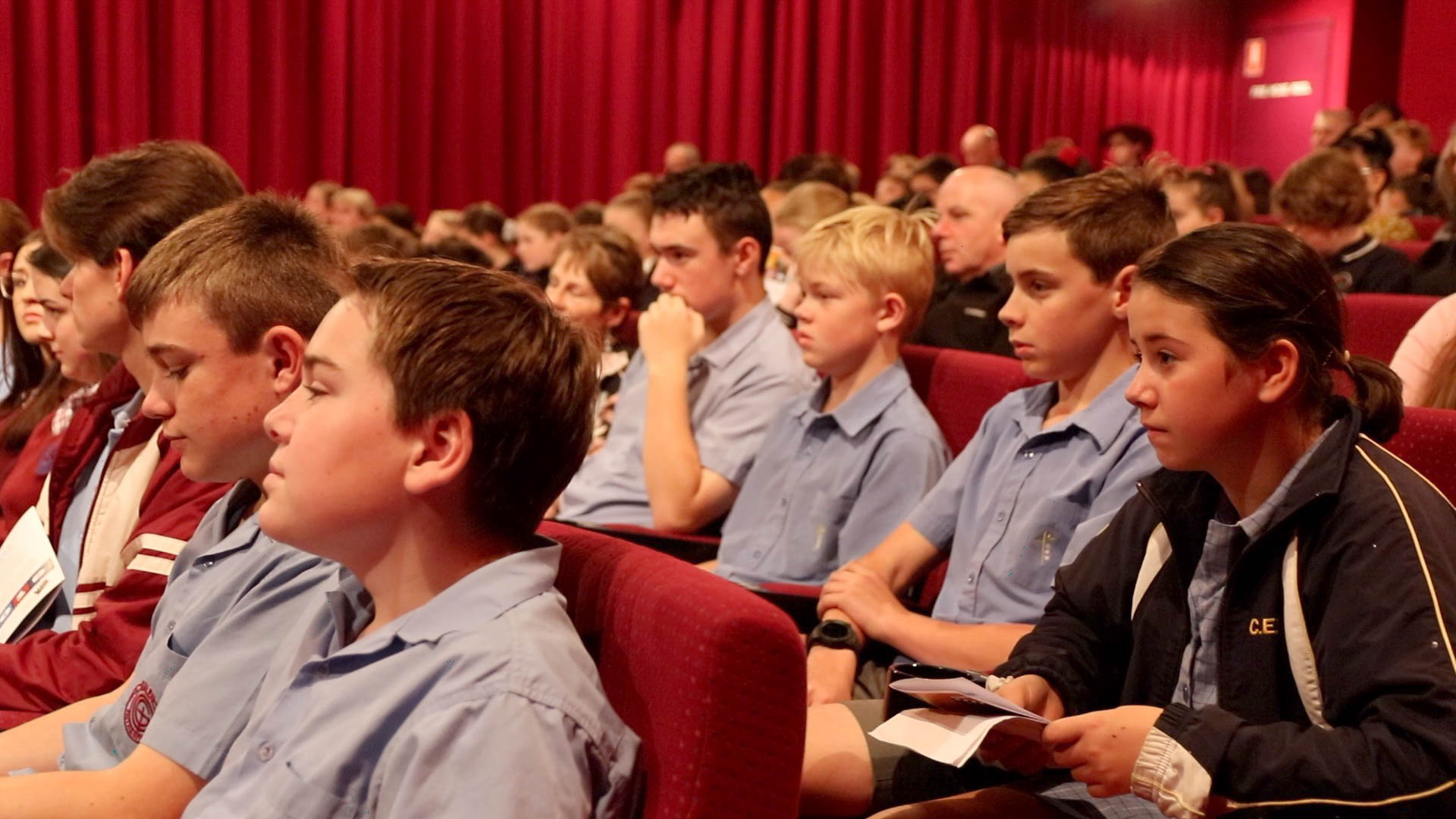 In a diocesan first, schools produced films highlighting the benefits of learning a second language. More than twenty schools took part in the competition, which encouraged students to explore the theme, ‘Why learn languages?’ through the medium of film. Participating schools were provided with a Multimedia kit which will enable them to continue to explore film projects within their individual school settings.

Languages education officer, Dolly Gerges said there was much excitement surrounding the film festival. “Schools put a lot of effort into producing their films and they were looking forward to seeing them on the ‘big screen’ on Thursday,” she said.

“The schools were first introduced to the festival in term one to explore the benefits of learning different languages and to have fun with their learning,” said Dolly.

The Film Festival Committee have selected winners and runners up in all the film categories, including senior and junior sections in both primary and secondary settings.

Chairperson of the Diocesan Languages Working Party Julie Cobbledick from the Catholic Education Office said the Festival focused on the value of Languages communicated through the various target languages being taught in schools.

“The integration of multimedia into the Languages classroom, whilst presenting challenges associated with new learning for students and teachers, has really enhanced approaches to language learning," she said.

The Languages Film Festival Committee awarded prizes in all the film categories, including senior and junior sections in both primary and secondary settings.

Students from St Joseph’s, Numurkah were delighted when they were announced as the winners of the Senior Primary section. Languages teacher, Timothy Harber said the hardest part about the filming process was coming up with ideas.

“Several drafts were written before we came up with the one we used. I was trying not to rush. The cast were great actors, so the hardest part was memorising the lines” said Timothy.

The Film Festival Committee was thrilled with the quality of the all entries and St Joseph’s, Numurkah produced a stand-out film. The judges were impressed with the sophisticated special effects and the theme, which focused on the inner workings of the brain. Students used their imagination to highlight the school’s chosen language of Italian, using humour and drama to bring the film to life.

Some students and teachers have said they are already thinking about next year’s entry and have started planning their film. “Based on the success of the 2019 Languages Film Festival, we can expect this festival to grow in popularity,” said Dolly Gerges.

“We are delighted with the enthusiasm of the schools who took part this year and hope that lots of Sandhurst schools will take part in the Languages Film Festival next year.”