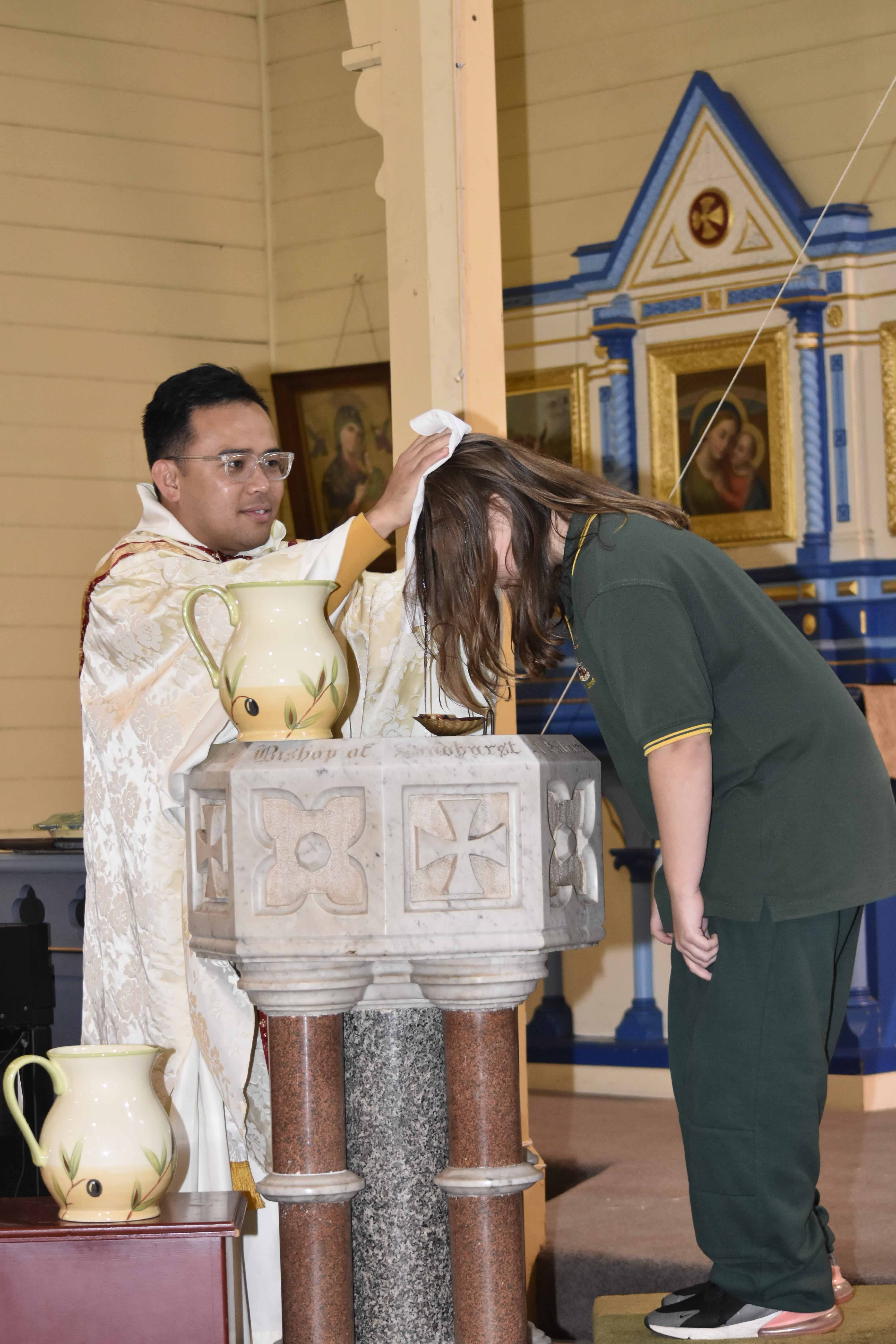 It is a joyous occasion to witness the baptism of one child, but on the final day of Term 2, the St Peter’s School community welcomed eight children into the Church family.

The entire school community gathered at St Kilian’s along with the families and Godparents of the children who were to be baptised. Fr Junray presided at the Mass which also celebrated the feast day of St Peter, the patron saint of the school.

Co-Principal of St Peter’s Primary School, Ms Jenny Roberts said preparations for the baptism had taken place with Father Junray and several staff members leading up to the sacraments.

“It was a very special occasion for our school community and an amazing way to celebrate our Feast Day,” she said.

“We are grateful to the families of each of the students for allowing us to all be a part of their special day and I acknowledge our staff who were so supportive of the children and their families,” said Jenny.

During the Mass Father Junray gathered the children at the front of the church where he spoke to them about the symbols used in baptism. Sitting amongst them, he talked about why baptism takes place and the children listened respectfully as he explained each ritual to them.

The oil of Baptism is used as a symbol of providing strength, water cleanses and purifies, while the candle signifies new life and the light of Christ.

Each child was called forth to receive baptism as Father Junray poured water over their heads from the baptismal font. Seven students were baptised along with a younger sibling. Following the baptism they were presented with a ceremonial stole and a candle.

Throughout the Mass and baptisms, St Peter’s students took part in the Feast Day Service by singing and providing readings. At the conclusion of the Mass they participated enthusiastically in the Recessional Song, ‘My Lighthouse’ with dance and actions. It was a wonderful and uplifting way to end the service.

Adding to the celebrations, the child of St Peter’s Part-time Admin assistant was also baptised the following weekend, taking the total of baptisms associated with the school community to 9!